The Dangerous Den Kit as seen on The Apprentice 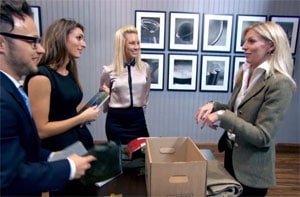 Den deal – thinking out of the Box

As seen on episode 7 of series 9 of the BBC's The Apprentice, in which the teams had to sell products at the Motorhome and Caravan Show. The Dangerous Den Kit proved popular, with both teams vying to gain the chance to sell the Den in a box for kids at the show. Ultimately, team Evolve were given the right to sell the Dangerous Den Kit and with such a strong product it helped them to win the task.

The Dangerous Den in a box gives children a set of equipment to lure them away from their tech and teles and to help them seek real Adventure! Battlebox produce a range of kits containing everything needed to encourage children to get out into the Great British outdoors, and are all designed to help them have their very own adventures – building dens, camping in the wilds, reading the night sky and learning about real Heroes.

Find out more at the Battlebox Company website here >