Competition Rules can be found here

For the duration of Euro 2012 adidas are offering 10% of all football products with Voucher Code: ADI-EURO-2012 here

Save 15% off anything at adidas.co.uk if you sign up to their newsletter here

(not valid with any other offer or Sale item)

The adidas Summer Sale is also currently under way:

The adidas Tango 12 has been chosen as the Official Match Ball by UEFA for Euro 2012 in Poland and Ukraine. Thankfully the ‘T12‘ has been much modified from the 2010 World Cup's controversial match ball, the Jabulani, which had the flight characteristics of one of those cheap plastic footballs you get at the seaside. The official T12 Match Ball is available to buy from adidas.co.uk for £82 and an official replica version is also available priced at £17. 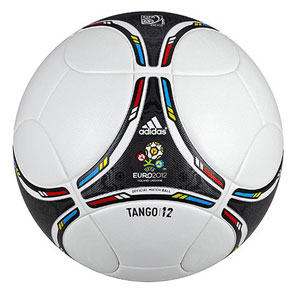 Euro2012 It's all kicked off - but not about the match ball

More about The Adidas Tango 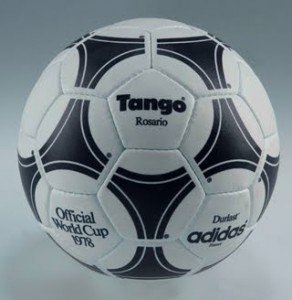 The Tango 12 is the fourth incarnation of the adidas Tango series. The Tango ‘Durlast' was first used in the 1978 World Cup in Argentina and is the most expensive football in history at $300. With a simple black and white ‘Triad' design and original adidas Trefoil, the Tango football is undoubtedly ingrained in the memories of a generation who grew up watching the World Cup in the late 70's and 80's. The design was used continuously at the World Cup for 20 years from 1978.