CarGo Booster Seat as seen on Be Your Own Boss

As seen on episode 5, the penultimate episode of BBC3‘s ‘Be Your Own Boss‘ series with Innocent co-founder Richard Reed, the CarGo is a ‘2 in 1' children's suitcase and booster seat. The CarGo booster seat is the brain-child of Scots inventor Gary Burns. Gary came up with idea whilst on holiday. He sketched out his idea on his return home and then with a design team created a CAD (computer aided design) images and video that Gary took to BYOB Expo. Gary's idea was picked out by Richard from the 500 fledgling businesses at the expo to receive initial seed funding of £2300. But, as ever, the inventor's road to market is rarely smooth, and Gary suffered an early set back when his initial prototype was found to be unsafe when crash tested. Ultimately though Richard decided to show his faith in Gary and the concept behind CarGo seat offering him a £25,000 investment to develop his product. Reed said, “Business is never just about the stuff on paper, it's also about the idea and every parent I've spoken to about Gary's car seat loves it. So I'm gunning for him and I hope he makes it.”

Gary Burns took time out of his busy schedule to answer few questions and update us on the progress of the CarGo booster seat:

When did you get your ‘eureka' moment for the CarGo seat? 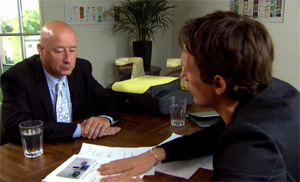 My light bulb moment for the CarGo seat came about when I was at an airport in Spain and hired two booster seats for my kids. They were covered in sticky sweets and broken and costing 70 euros, I thought, “I can do this better”. I had quite a few knock backs about my idea initially, but Entrepreneurial Spark in Glasgow have helped me enormously. My key focus now is to get CarGo seat to market and put in the work required to make it a success.

What stage is the CarGo seat at now?

Our first task was to ensure CarGo seat is safe and we have re-designed in conjunction with TRL (Transport Research Limited). We are now talking to retailers and hope to launch mid to late 2013. We will visit a few trade shows after coming up with our new prototype.

What's it been like since appearing on TV? How did you find the whole ‘Be Your Own Boss' Experience?

Be Your Own Boss was a great experience but tough as I travelled over 3000 miles caught 22 trains and taxis to solve the 3 key tasks set by Richard. I met Transport Research, Diono car seats. I was about to leave for Glasgow after meeting TRL when asked to visit London hence you see me in the same T-shirt with the same suitcase!

We saw on the programme that you are always coming up with ideas; are you just concentrating on CarGo at the moment? What's next for the CarGo and yourself?

I have 3 designs at present, and received or receiving funding but now fully focused on CarGo seat. I'm well supported in Scotland and part of Entrepreneurial Spark a hatchery for start ups. I also get match funding from Scottish Enterprise. The other designs?….Well watch this space in the future!

Thanks for speaking to us Gary and we wish you the best of luck with the development of the CarGo booster seat, keep us updated! 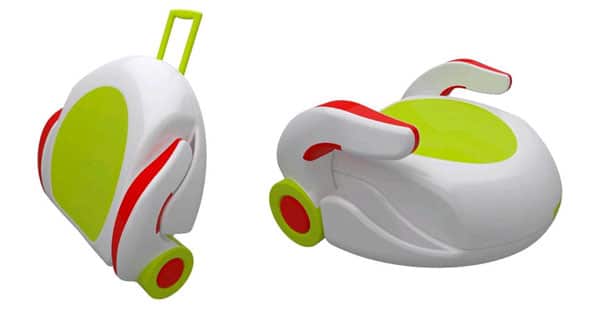